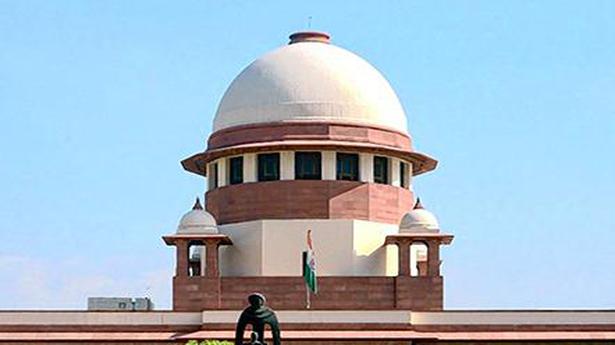 
Its appeal was against a High Court decision to stay a probe into an FIR accusing former Advocate General Dammalapati Srinivas and several others of corruption in the purchases of land in Amaravati.

The Andhra Pradesh government on Thursday withdraw its appeal against a State High Court decision to stay an investigation into an FIR accusing former Advocate General Dammalapati Srinivas and several others of corruption in the purchases of land in the State Capital of Amaravati.

A Bench of Justices Vineet Saran and Dinesh Maheshwari dismissed the State’s appeal as withdrawn.

The court, however, requested the High Court to consider the issue in case any further petitions were filed and dispose of the matter within four weeks.

The State government’s withdrawal comes within days of the same Supreme Court Bench serving a big blow in another one of the State’s appeals in the Amaravati land transaction case. In that case, the Supreme Court had upheld a High Court decision of January 19 which quashed an FIR accusing individuals and companies of “insider-trading” of property in Amaravati.

In its order on July 19 in that case titled ‘State of Andhra Pradesh versus Chekka Guru Murali Mohan’, the Supreme Court had ruled out the possibility of public officials being arraigned under Section 13 of the Prevention of Corruption Act in connection with the alleged land deals.

“Suffice it to observe that all the transactions in question are between private individuals involving private lands. As found by the High Court, the information about the likely location of the Capital city was very much in public domain at the time of the transactions in question. This part of submissions does not make out a case for interference,” Justices Saran and Maheshwari had said in their nine-page order on July 19.

The FIR against Mr. Srinivas and others have similarly accused them of offenses under the Prevention of Corruption Act along with criminal breach of trust and cheating under the Indian Penal Code. The and include abuse of official positions in the State, sharing of privileged information and causing loss to the public exchequer during the previous Telugu Desam Party regime.

In the last hearing on July 13, the State, represented by senior advocate Rajeev Dhavan and advocate Mahfooz A. Nazki, had maintained in the Supreme Court that the case against Mr. Srinivas and his co-accused were not a product of “regime revenge”.

But senior advocate Harish Salve, for Mr. Srinivas, had countered that the case was indeed a case of “regime revenge”.