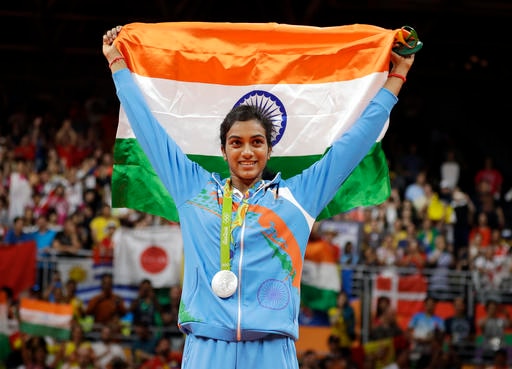 
PV Sindhu Profile: The Mahakumbh of the Games is going to start in Tokyo in the next few days. Many athletes are participating from India’s side in this Olympic Games, in which one name is also of star badminton player PV Sindhu, who won silver medal in the last Olympics. Sindhu, who missed the gold medal in the final match in Rio Olympics 2016, is all set to achieve her target this time. It is expected that PV Sindhu will create history once again by winning the gold medal this time. Let’s take a look at Sindhu’s journey so far.

Parents were national volleyball players
PV Sindhu was born on 5 July 1995 in Hyderabad. Both his parents were national level volleyball players. His father PV Ramana was part of the Indian volleyball team that won the bronze medal at the 1986 Seoul Asian Games. PV Sindhu had an affinity for sports since childhood due to her parents being in sports. However, influenced by Pullela Gopichand, he decided to pursue a career in badminton instead of volleyball. He started playing badminton at the age of just 8.

Set many records so far
PV Sindhu created history by winning a silver medal at the 2016 Rio Olympic Games. After this, by winning the gold medal in the 2019 World Championship, she became the first Indian woman to win the World Championship title in badminton. At the age of just 17, PV Sindhu had entered the top 20 in the world rankings of badminton. He also won silver medals in the 2018 Commonwealth Games and Asian Games. Even after the Rio Olympics, she has won many golds till now.

Once again eyes will be on gold
After the Rio Olympics, PV Sindhu has won many gold, silver and bronze medals so far. Once again the eyes of the whole country are on PV Sindhu. Recently, Prime Minister Narendra Modi had also encouraged her by having a virtual dialogue with PV Sindhu and asked her to play in the Olympics without pressure. PV Sindhu is one of the main contenders for the gold medal in the Olympics this time.