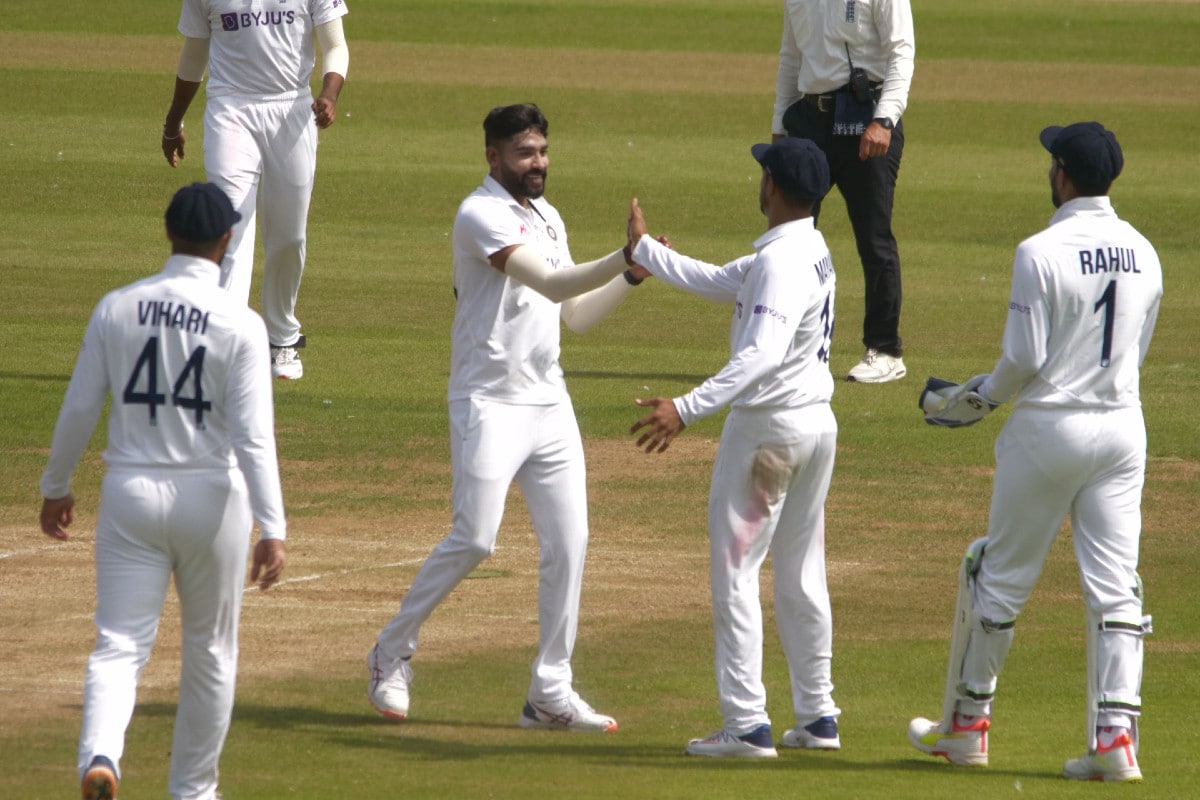 
Young opener Haseeb Hameed celebrated his Test recall with a gritty hundred even as Umesh Yadav bowled a few incisive spells and was largely responsible in India bowling Select County XI out for 220 on the second day of the warm-up first-class game.

India vs Sri Lanka 2021: Braveheart Deepak Chahar Shows the Way with a Record Score at No.8

Coming back into the England squad after nearly five years, right-handed opener Hameed lived up to his reputation of being called “Baby Boycs” for his dogged defensive game like former great Geoffrey Boycott with knock of 112 off 246 balls.

His innings had 13 boundaries.

For India, Umesh was the stand-out bowler as he bowled in short spells and worked up a fair bit of pace with figures of 3/22 in 15 overs.

Mohamed Siraj (2/32 in 13 overs) certainly bowled the best delivery of the day, hurrying compatriot Washington Sundar (2), representing the county side.

Umesh still might not make it to the playing XI in Nottingham but his performance will certainly keep the team management interested.

Jasprit Bumrah (1/29 in 15 overs) didn’t give away loose deliveries but save the wicket of Rob Yates, where the left-hander went for a non-existent cut-shot to a delivery reared up, he hardly troubled Hameed, who defended him comfortably most of the times.

It was Umesh, who first castled right-handed opener Jake Libby with an angled delivery that saw two of the three stumps knocked back.

Siraj got a nasty short ball that suddenly climbed on Washington and flew off his gloves for an easy catch in the slip cordon.

Umesh’s second victim was rival captain Will Rhodes, who lost his off-stump when the fast bowler came round the wicket and the delivery straightened after pitching beating the left-hander.

With County XI reeling at 56 for 4, Lyndon James (27) gave good support to Hameed in his 75-run stand for the fifth wicket. Hameed waited for bad deliveries and was ready to tap and run those singles and doubles.

Umesh’s third wicket was a short ball and James mistimed a pull-shot which was taken by Shardul.

Hameed looked the best against Ravindra Jadeja (15-3-55-1), who was punished for a few runs. He reached closer to hundred with a lofted shot to the wide of long-on of Jadeja’s bowling.

A tapped single towards short mid-wicket off Shardul brought his hundred off 228 balls. His innings ended with an edge to KL Rahul off Shardul who had 1/31 in 14 overs.