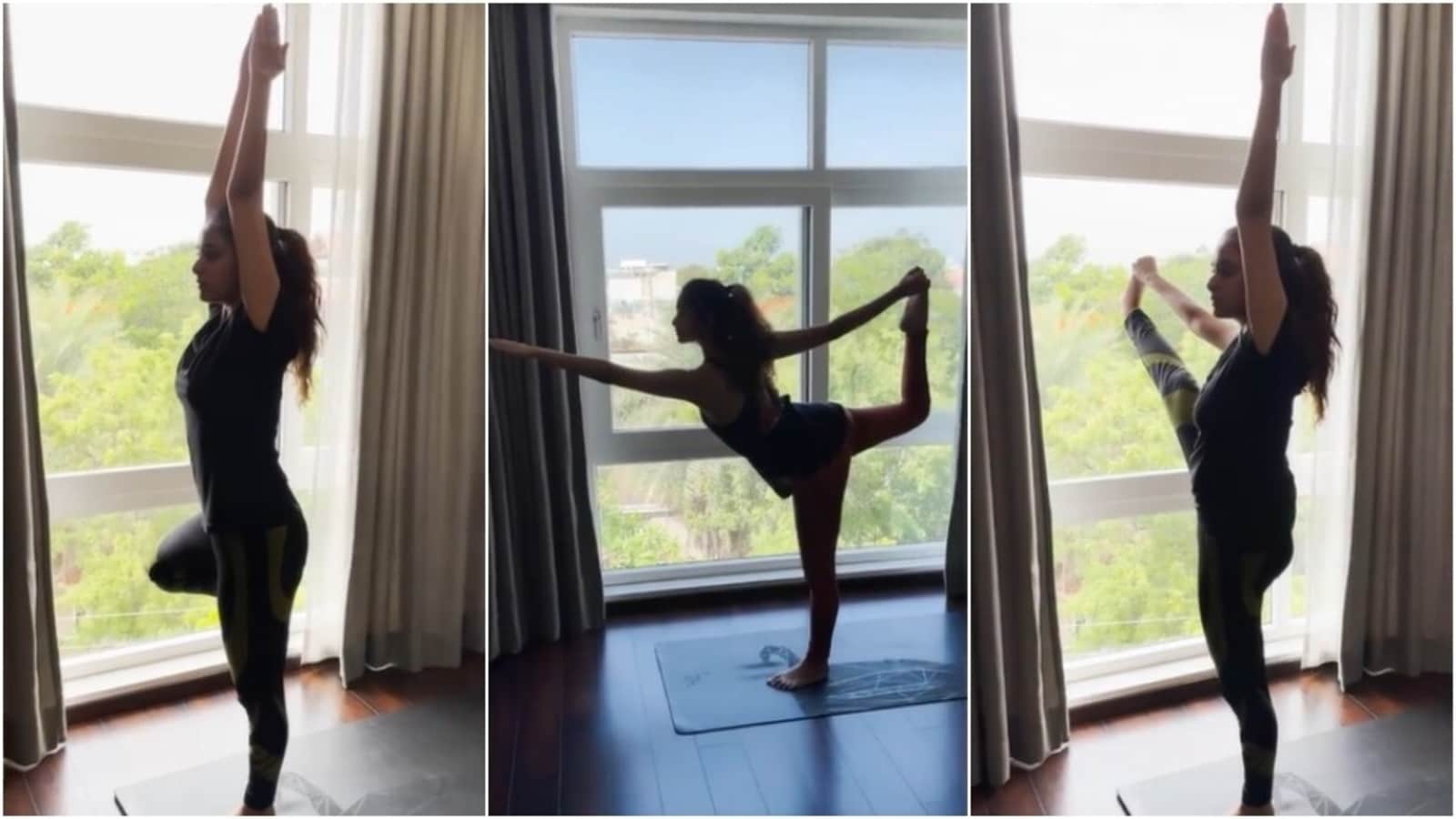 
Fitness is not just about taking care of the body. It also involves nurturing the mind. And Keerthy Suresh has found a perfect way to do the same. The actor recently took to Instagram to share a video of himself practicing a yoga flow routine to calm her mind.

Yoga flow is a general term given to any asana in which a person moves dynamically from one posture immediately into another without breaking their stance. Keerthy did the same in her latest workout video as she moved from one yoga pose to another with each breath.

She posted the inspiring clip with the caption, “The art of balance. 4 different asanas and a million thoughts shut for a few moments on a single leg. Practicing and progressing balance of a sensitive soul and a warrior spirit. It’s not always just Monday motivation, sometimes it’s Tuesday.”

The video begins with Keerthy, dressed in comfy workout attire, getting into the Vrikshasana or the Tree Pose while taking deep breaths. Then she moves on to do another pose, called the Utthita Hasta Padangusthasana. After this, she shifts her stance to get into the Natarajasana or Dancers Pose, followed by Virabhadrasana III or the Warrior III pose.

With the video, Keerthy gave a glimpse of her incredible balance and attention span. These poses are great to increase the balance and stability of the legs and also improve concentration.

The Utthita Hasta Padangusthasana helps in coordinating the muscular and nervous balance. It also tones the hips and leg muscles.

The Warrior III pose strengthens the whole backside of the body, including the shoulders, hamstrings, calves, ankles, and back. It also tones and strengthens the abdominal muscles.

The Beast actor’s yoga routine inspired us to get on the fitness bandwagon immediately. Did the video motivate you to work out today? Honey will help in reducing weight, use this way

Sustainable travel: The right way to travel! – Times of India