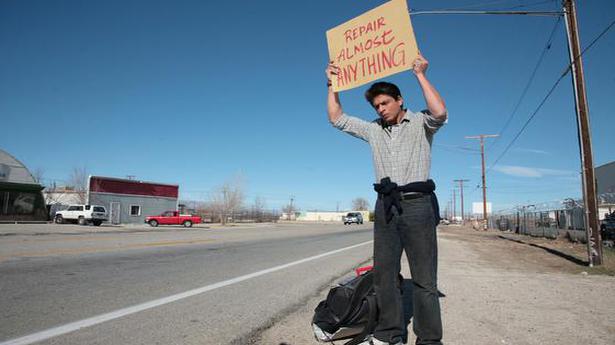 
Kaveree Bamzai’s book ‘The Three Khans: And the Emergence of New India’ juxtaposes the careers of the three actors with the socio-political shift in the country

Art often responds to social and political dimensions, and in a country short of role models, film stars often play a double role. If Dilip Kumar and Raj Kapoor reflected Nehruvian socialism in their films, Aamir Khan and Shah Rukh Khan emerged as the poster boys of Rajiv Gandhi’s tryst with globalisation. And there has always been a Dev Anand and Salman Khan who have simply relied on mass appeal.

Also read | Get ‘First Day First Show’, our weekly newsletter from the world of cinema, in your inbox. You can subscribe for free here

In her latest book, The Three Khans: And the Emergence of New India (Westland), senior journalist Kaveree Bamzai has juxtaposed the careers of the three Khans, Aamir, Shah Rukh, and Salman, with the most tumultuous times in the history of the republic. It is a tough task but Bamzai has woven a crisp and compelling narrative that keeps you intrigued.

Mythical auraHaving spent time with her subjects as part of her professional career, Bamzai is in a position to reflect on the mythical aura of the troika and separate the men from their cultivated image. She doesn’t seek to find clear answers. Instead, she gives us a sense of the socio-political churn — when ‘Saathi haath badhana’ gave way to ‘Dil maange more’, when secularism became a bad word and communalism was sold as nationalism — and how the three Khans have navigated the terrain.

The book has come out at a time when stardom as a term is facing an existential crisis, with OTT platforms relying more on content than charisma. Interestingly, the three emerged on the scene when new technology was about to choke cinema in India.

In the late 80s, when popular Hindi cinema was sinking under the VCR wave, the Khans pulled family audiences back to theaters with Qayamat Se Qayamat Takhandjob Maine Pyar Kiya, and Deewana. In the era of Hukumat and Tezaab, Aamir Khan announced the arrival of the cute hero. When he sang, ‘Papa kehte hain bada naam karega,’ he sang to a new demographic, which could not identify with the ageing Dharmendra or the raucous Anil Kapoor. For a change, as Bamzai says, the hero was holding the guitar and the heroine made an entry riding a horse. It is Juhi Chawla who checks out Aamir rather than the other way round.

Rise of the multiplex

Single screen theater owners had to clean their stinking urinals as the middle-class thronged theaters to watch the aspirations of a new, liberalised India. An India where individualism was on the surge, where nuclear families in dense metros were seeking an American dream without giving up on conservative values.

Unlike Aamir and Salman, Shah Rukh was an outsider and a trained actor ready to take risks. Raju Ban Gaya Gentleman and Kabhi Haan Kabhi Naa, the titles of his early films, inadvertently reflected his journey from Delhi to Mumbai. He started as an obsessive lover and stalker with Baazigar and Darr, but eventually settled to reflect the NRI’s easy Western life with Indian roots.

Unlike the Bobby or Ek Duje Ke Liye template, in Dilwale Dulhaniya Le Jayenge the lovers don’t run away from the patriarchy, but the narrative cleverly subsumes the patriarchy and presents it with a consumerist cover, where the beer-guzzling hero doesn’t take advantage of the inebriated girl.

The demographic shift also meant that Hindi cinema increasingly cut off from Bharat and reflected only shining India. The single screens gave way to multiple screens and the aam aadmi An increasingly felt unwanted in a scenario where a packet of popcorn was as expensive if not more than the ticket. It was during the Khans’ reign that the idea of ​​silver jubilees and golden jubilees gradually vanished. All that mattered was the first three days as, having become co-producers, they bombarded theaters with thousands of prints.

In this universe, unemployment was seldom an issue and the hero was hardly anti-establishment. He represented those in the real world whose dependence on the state was increasingly diminishing. It was not that in the 90s India was socio-politically quiet. But unlike Amitabh Bachchan, who in the 70s channelised the angst of the youth against the hollowness of slogans like ‘Garibi Hatao,’ the Khans seldom dived into the Mandal or Ram Janam Bhoomi movement and their attendant caste and communal politics. Unlike the Angry Young Man, their anguish was all personal.

After a vibrant rangeela, Aamir shifted gears at the turn of the millennium with Lagaan and Dil Chahta Hai. The roles of a villager who takes on the British or the coming-of-age of a selfish, suave man were poles apart, but Aamir played them with such gusto that he got both grassroots and global attention. Right from Raakh, the film he did before QSQT, experimenting with looks and scripts is his method and he succeeds more often than not.

Shah Rukh has not been as lucky with experiments. He lunged for change with Mani Ratnam’s Dil Se… and Ashutosh Gowarikar’s Swades and tried to reinvent himself with challenging subjects like Asokahandjob Chak De! and My Name Is Khan. Of these, Chak De!, which dealt with the otherisation of Muslims, is perhaps his best performance to date, going beyond the Raj/Rahul template. The other two, mounted for global recognition, turned out to be substantially hollow despite his efforts. Be it Paheli, Phir Bhi Dil Hai Hindustani or Fan for that matterhandjob box-office results have often compelled Shah Rukh to return to familiar turf where he spreads his arms and the audience embraces him. Meanwhile, combining machoism with vulnerability, Salman continued to pander to the fan base he cultivated after Tere Naam, a stylised version of a working-class herohandjob a far cry from the urban romantic of Hum Aapke Hain Kaun and Hum Dil De Chuke Sanam. Critics continued to make fun of Salman’s choices, dialogue delivery and his brush with the law but it didn’t affect his mass appeal.

Salman’s most significant contribution came with Bajrangi Bhaijaan, where he played the son of an RSS pracharak on a journey to take a mute girl back to her home in Pakistan. It was an interesting clash of ideas at a time when the communal virus was getting contagious. Then, of course, came Sultan, where he played a Muslim wrestler, but without wearing religion on his sleeve.

But, as Bamzai rightly suggests, it’s not just new platforms and the next crop of actors and contemporaries like Akshay Kumar and Ajay Devgn on the right side of the establishment who give the Khans stiff competition. It’s Prime Minister Narendra Modi himself, who has emerged as the new cultural icon for a large number of youngsters. 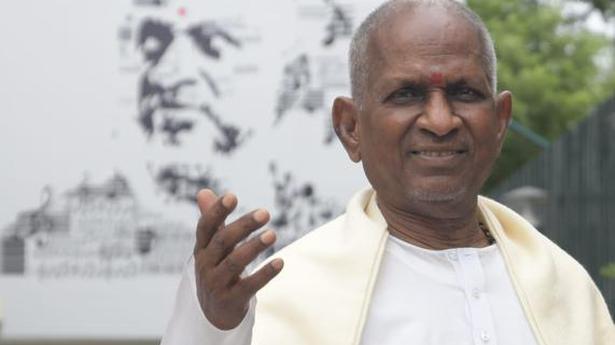 Songs should be appealing even years after release, says music Maestro Ilaiyaraaja 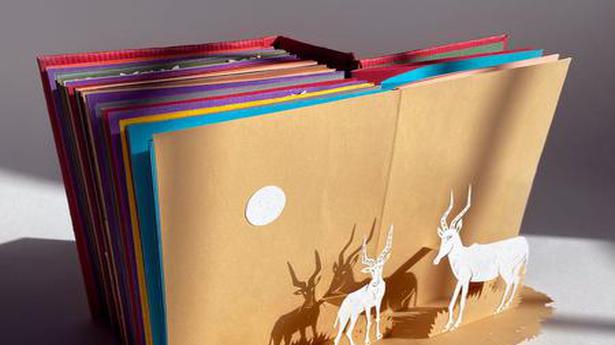