PARIS: A Moscow court has banned opposition leader Alexei Navalny‘s political organizations from working in Russia after officially branding them “extremist”.
The Kremlin The critic recovered from a dramatic poisoning attack last year only to be jailed in February.
Here is a timeline:
The 44-year-old anti-corruption campaigner is hospitalised on August 20 in Omsk, Siberia, after losing consciousness during a flight.
Put into a medically induced coma, he is transferred two days later to a Berlin hospital at his family’s request.
Berlin says on September 2 that tests carried out by a German army laboratory yielded “unequivocal evidence” that he was poisoned with Novichok, a Soviet-era chemical weapon.
Two days later the Kremlin rejects claims it was behind the poisoning.
On September 7 Navalny emerges from the coma.
French and Swedish laboratories confirm Germany’s findings on Novichok.
Putin condemns “unsubstantiated” allegations.
Navalny accuses Putin of being behind his poisoning after he is discharged from the hospital on September 22.
Putin’s calls his Dmitry Peskov claims “groundless and unacceptable”.
Navalny releases a recording in October of him tricking a Russian Federal Security Service (FSB) agent into confessing that he tried to kill him.
The FSB describes the phone call as a “provocation”.
Navalny says he plans to return home despite a threat of jail.
He is detained on January 17 shortly after landing in Moscow.
To coincide with his arrest, Navalny releases a video of his investigation into a lavish Black Sea palace complex he claims is owned by Putin.
It goes viral as Putin denies it is his.
The authorities round up Navalny’s allies.
In late January tens of thousands of demonstrators demand Navalny’s release.
Police detain thousands.
On February 2 Navalny is handed a nearly three-year prison term.
Three days later the Kremlin expels German, Swedish and Polish diplomats for supporting Navalny.
The three countries expel Russian diplomats in return.
The European Court of Human Rights orders Russia to release Navalny “with immediate effect” on February 17. Russia accuses it of “interference”.
Three days later a Moscow court dismisses Navalny’s appeal, but reduces the sentence to two-and-a-half years.
Separately he is convicted of defamation and fined 850,000 rubles (around 9,500 euros).
The EU on February 22 sanctions four senior Russian officials.
On February 26 Navalny is sent to a penal colony in the Vladimir region about 100 kilometers (60 miles) east of Moscow.
Five days later Washington sanctions seven senior Russians.
Navalny says on March 15 he is locked up in a “real concentration camp” and accuses Russian authorities of torture by depriving him of sleep.
On March 31 Navalny announces a hunger strike to demand proper medical treatment.
After more than two weeks, his doctors say his condition has rapidly deteriorated and he could “die any minute” of cardiac arrest.
On April 23 Navalny says on Instagram he is halting the strike and thanks his supporters.
In late April Russian authorities add Navalny’s network of regional offices to the country’s database of terrorists and extremist organisations.
When judges also designate his Anti-Corruption Foundation (FBK) Wednesday as “extremist”, British Foreign Secretary Dominic Raab calls the move “Kafka-esque”. 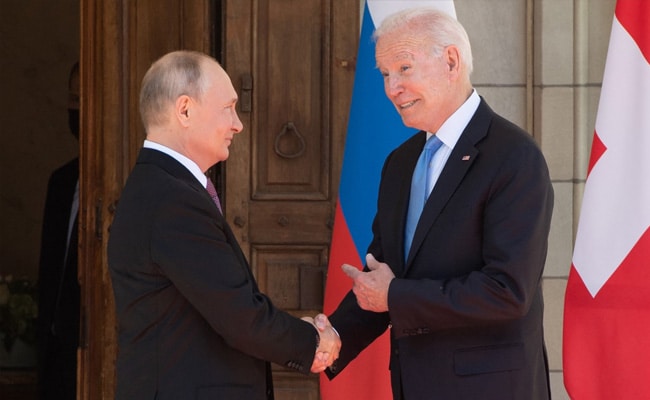