Narrated as an investigative story, his Malayalam short film ‘Jara’ has a non-linear narrative

Sreevalsan J Menon wears many hats. A leading Carnatic vocalist, he is also a composer, music director, playback singer and actor. And now, he turns director.

‘Jara’, a short film directed by him, was uploaded recently on YouTube. Scripted by Sreevalsan and Radhika Nair, the film on child abuse was made in 2016. “We did not upload it then. But June 4 happened to be International Day of Innocent Children Victims of Aggression and we posted it then,” says Sreevalsan.

He adds: “Moved by so many instances of child abuse that we were reading in the media, Radhika came up with a story, which was developed into a script,” says Sreevalsan.


Produced under the banner of Abu Dhabi-based Sarvamangala, the 22-minute film has been narrated as a mystery. A crime reporter of a leading daily is assigned to investigate the mysterious death of a businessman, which leads to the truth being revealed.

“Direction was always on the cards. Before doing a feature, I thought I must make a short film. That was how ‘Jara’ was made; it was a learning experience,” he says.

Happy with the response it has garnered, the musician feels that it could be the theme that resonated with viewers. The non-linear narrative unfolds a story of how an elderly woman takes revenge on two influential men, when her granddaughter is abused and killed by them.

“We are not advocating in any way that one should take justice into their hands. But we are trying to depict the frustration, anger and the sense of helplessness common people feel when criminals in high places go unpunished for heinous crimes. Even an elderly woman is forced to act in this way. In a way, that explains the title of the film ‘Jara’, which means wrinkle,” explains Sreevalsan.

In an interesting casting coup, Sreevalsan has cast telestar Sarath Das, hero of many serials and mythologicals, as a negative character. “Most cases of child abuse involve adults who are close to the child. The idea was to convey that all abusers need not resemble the typical villainous characters in our films. It could be the friendly neighborhood uncle or even a relative,” says the musician.

Kozhikode Sarada as an elderly woman running a small outlet and her granddaughter Chinnu, played by Baby Sheetal VS, play their parts with ease.

By the end of this year, Sreevalsan plans to begin the shooting of his feature film. “Radhika and I have written the script and we have decided on the cast and crew. It is a psychological drama under the banner of Navami Productions,” says Sreevalsan. 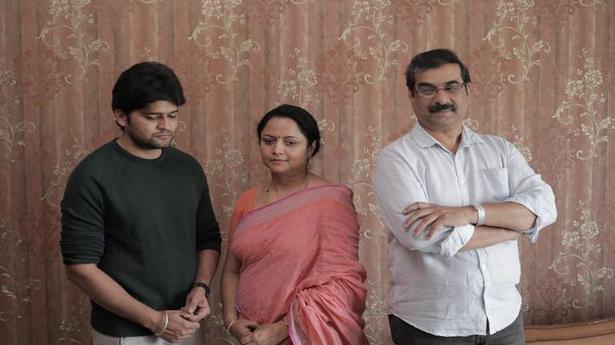 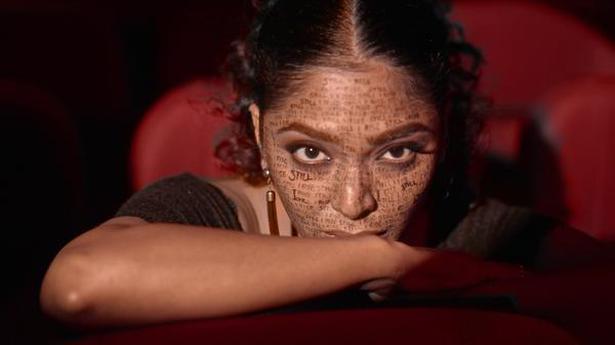 Short film ‘VOICEE’ draws attention to the dark side of technology