Lucknow: The second wave of Corona has also caught 5 lions of the country. The most important thing is that the corona infection has reached the lions from humans. Corona infection has been confirmed in 5 lions of different zoos of the country including one lion from Etawah Lion Safari. These facts have come to the fore in the investigation of the Indian Veterinary Research Institute (IVRI) located in Bareilly. Zoos across the country have been stirred after the lions were found corona positive. Since then, the number of samples in IVRI has increased rapidly.

700 samples of 280 animals were sent for examination
KP Singh, Joint Director of IVRI’s Cadre (Centre for Animal Disease Research and Diagnostic) Lab in Bareilly, says that during the last one year during the Corona period, 700 samples of 280 animals from various safaris and zoos of the country were sent for examination. In this, two lions from Etawah Lion Safari as well as one from Jaipur Zoo and one lion from Chennai Zoo have been found to be Kovid positive.

team of scientists is examining the sample
Joint Director KP Singh said that in the first week of May, 2 lions of Etawah Lion Safari got positive for Covid test. They say that lions live in a safe zone in zoos or safaris. They have contact only with humans as a care taker. In such a situation, the virus can reach the lions only through humans. He told that apart from lions, samples of leopards, elephants, wolves and domestic animals are also coming to IVRI. A team of 5 scientists is examining the sample.

Varanasi: Instructions for investigation on finding green algae in Ganga, samples being taken till Mirzapur

Corona vaccine was prescribed for Aligarh, vaccination was done by illegally camping in Noida 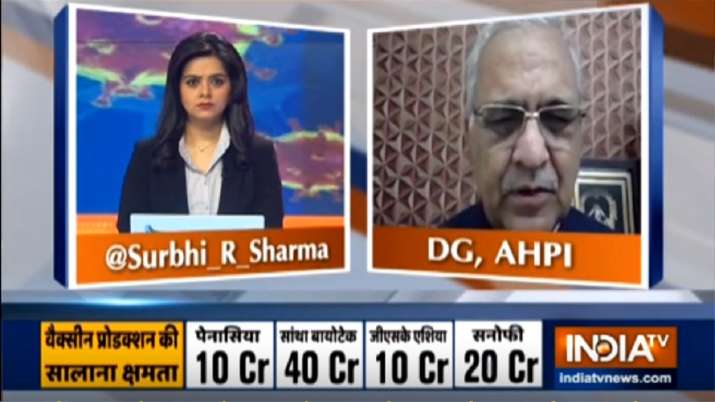 By July-August, India will have enough vaccines: AHPI DG | Exclusive Sushil Modi hit back at Congress, said- whose rule it took two and a half decades to give polio vaccine