Following a recent direction by the Patna High Court, the Bihar government accounted its COVID-19 toll, which has jumped by a whopping 72.84%.

On June 7, the official toll figure in the State was 5,424 but on June 8, the government said the figure had gone up to 9,375 after it recounted deaths in all 38 districts.

A Division Bench of the Patna High Court had in May slammed the Bihar government and expressed concern over inconsistencies in the toll in Buxar district, presented by two top government officials in two separate affidavits. The court had asked the government to verify all facts before placing them on record.

“All facts must be verified from all sources and then only be placed before us, else it will amount to filing of false or incomplete affidavit”, Chief Justice Sanjay Karol and Justice S. Kumar told the government.

The Bihar Chief Secretary, who is said to have got the figures from the State Health Department, had submitted in court that a total of six deaths occurred due to COVID-19 in Buxar district since March 1, while the Divisional Commissioner’s affidavit had mentioned 789 cremations at just one cremation ground of the district between May 5 and May 14.

In view of the court direction, the State Health Department had sent detailed instructions to District Magistrates, civil surgeons and heads of medical colleges and hospitals to verify the tolls in their respective districts and hospitals.

Most of the deaths, according to state health officials, occurred in the second wave of the pandemic since April 2021.

The spurt in the number of deaths reflects those reported at private hospitals, in transit to health facilities, under home isolation and those dying of post-COVID complications after they tested negative and were discharged from hospitals, Additional Secretary (Health) Pratyaya Amrit told reporters on Wednesday.

The government had constituted committees at the district level comprising health officials for verification of deaths, he said.

The Bihar government had announced ₹4 lakh compensation to the next kin of the deceased of COVID-19 victims. However, when reporters asked how many families had received the compensation so far, Mr. Amrit said, “We’ll check and revert”.

The Bihar chapter of Indian Medical Association too has been demanding compensation for the hundreds of doctors who died due to COVID-19 in the State. 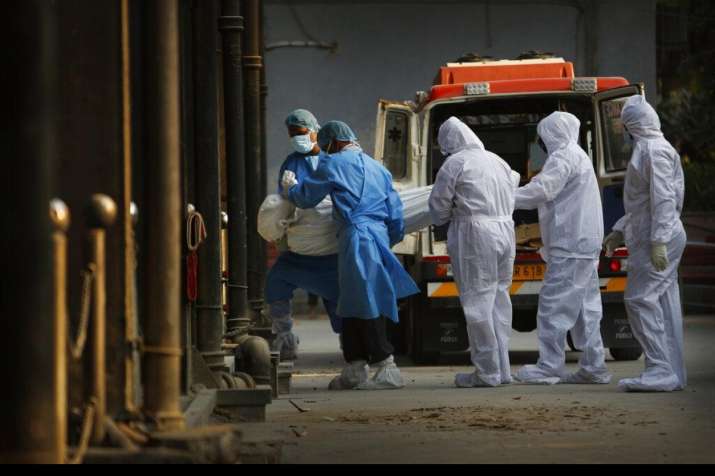