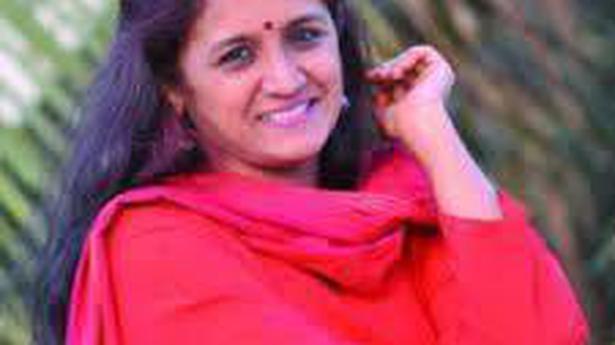 Ilaiyaraja and SPB’s birthdays are separated by two days. We cannot remember one without the other

There is this song ‘Adida melathai’ from the Tamil film, Kannukkul Nilavu (2000), composed by Ilaiyaraja. Sung by SP Balasubramaniam, SN Surendar and Arun Mozhi, the song opens with SPB telling the rest of the group to keep rhythm.

This is not my favorite Raja song, but is striking for the opening lines. In any conversation of his songs in a group of Raja admirers, there will surely be a discussion on his rhythm design. His imagination of the nadai and tala is unique, creating an unforgettable sonic experience. However, everyone concedes, it is not easy to decode the pattern. In that sense, the above lines seem like a comment about his own music.

Let us stretch the idea a bit. In an evident melody to rhythm relation, every musical thought moves in harmony with the rhythm cycle or tala pattern. But how does Ilaiyaraja build his melody in relation with rhythm? From recognizing the movement in his songs, it is both direct and indirect. While it is within time, it is also beyond, often moving towards the eternal and timeless idea of ​​laya. Ilaiyaraja, one must remember is a master of technique. With this knowledge he harks to the everlasting.

The late SP Balasubramanyam, a playback singer with few parallels, was composer Ilaiyaraja’s good friend. Their relationship spanned over 50 years. During those days, SPB mostly sang Hindi film songs while the Pavalar Brothers (Ilaiyaraja, Varadarajan and Gangai Amaran) were providing orchestral support in the Tamil industry. Later, when SPB got a break in Tamil films, Ilaiyaraja and his brothers were still struggling musicians. The late singer took them on his two-wheeler around Madras, introducing them to people he knew in the industry. This is the long story cut short.

SPB often spoke of their early years with great fondness, narrating anecdotes and episodes, calling Ilaiyaraja a god of film music. He also said it was nothing less than a divine plan that Ilaiyaraja and he were born in the same period of musical history. In contrast, Ilaiyaraja is rarely indulged in nostalgia. Time, for SPB, was a continuum from past to present. The past was fixed and multiple, and they moved into the many Nows between which he operated. Till the his end, he cried when he sang a Mohammed Rafi song. He carried his gratitude to Kodandapani sir always. He could not help remembering the great masters. Time for SPB was memory, admiration, emotion, friendship… all of which coalesced into the immortal song. Time for SPB was here, and now. It flowed continuously. For Ilaiyaraja, time is beyond the physical realm. The past is a part of his spiritual recollections, and hence, whenever asked to speak about his musical formation, he refers to the ‘unexplainable,’ the ‘unsaid,’ the mysteries of human endeavour. He rarely narrates stories, even though he remembers them. For Ilaiyaraja, time is a conversation with the timeless, with Bach, Tyagaraja and Ramana. It is a dialogue with the everlasting vivacity of folk.

The 18th century philosopher Immanuel Kant says that “time is the form of inner sense and it is apriori condition of all appearance whatsoever”. Ilaiyaraja’s music is a recognition of this, and so he asks, “How to name it?”

One also needs to realise that it is unscientific to understand music in terms of its formal elements, torn out of its context. Music, therefore, is a matter of style that represents the intention of its culture, and not that of habit. Ilaiyaraja’s music is a relentless negotiation with time (laya as well), and while he gives you the experience of a fixed rhythm, he quickly removes you from that secure knowing. Music is unknowing, for him it is neither about people nor about a particular time, it is that enigmatic coming together of people and time.

In the song, ‘Sundari kannal’ (Thalapathy), sung by SPB and Janaki, Ilaiyaraja creates many ‘times’ on the emotional plane. He operates with two rhythm schemes and creates a sonic aura that are so totally different from each other. Ilaiyaraja uses established tala cycles and interprets it in a way that is not easily recognizable. You can see this in the Kannada songs, ‘Hey kavithe neenu’ or ‘Yaarigaagi aata’. The ‘Engulle engulle’ song has no percussion support at all, but Ilaiyaraja uses guitar as the rhythm instrument. In sweeping away old musical horizons, Ilaiyaraja creates a boundless universe. In this universe, he dismantles temporal vocabulary.

In the light of all this, one feels that the nadai that he warns is failing is probably one of perception. Through his incredible talent, SPB could play out this inner sensorium of Ilaiyaraja. He sensed time, and disseminated the timeless. Ilaiyaraja created stories, SPB was the storyteller.

The Bengaluru-based journalist writes on art and culture.