Bengaluru: Jitin Prasada’s exit from the Congress has raised questions yet again on the party’s power to retain young leaders. Veteran leader Veerappa Moily, however, has a different take on it. While calling for a ‘major surgery’ in the party under Sonia Gandhi’s leadership, Moily tells CNN-News18 that “casteist” leaders like Jitin should have been sacked long ago. Excerpts from the interview:

Why are so many young leaders exiting the Congress?

Not so many … now the question is of Jitin Prasada only. You should know his conduct. He was Union Minister of State. Later he was defeated. But the point is, I know him well, some of these youngsters, their casteist attitude and anti-secular are not in keeping with the ideology of the party. Our leaders should have recognized this and even now such people should not be given position of power. He was made the Congress Working Committee member. Then he was made in-charge of West Bengal. In Bengal, he ran away he ran away in between (in the middle of campaign). Such people who run away from responsibility should have immediately been dismissed from the party.

Would you blame Prasada for the party’s performance?

Well, he was there. Of course, the larger picture may be different but turning out zero (in election results) is disastrous. He thinks he is an upcoming leader and getting this kind of results. It is wrong to select such leaders. That’s why the party needs to do a major surgery from top to bottom. Our leader, there is no problem with. We should not deliberate on this AICC president issue. Madam (Sonia Gandhi) is strong and inspiring, and she is capable of taking everyone together. She has proved earlier and she will prove again. Health may be an issue but her sense of sacrifice will definitely make her to move forward. But Jitin was posted there. Running away from the responsibility at the last minute is most inappropriate.

So Congress should only take in the secular leaders?

Very much so. That will add quality to the organization and all people will be inspired. There is an opportunistic attitude of some leaders. Even youngsters are opportunistic. They run away. This what we witnessed when many left the TMC, including ministers, and we saw an exodus joining BJP at the last minute (around the recent West Bengal elections). The BJP is playing divisive politics. They want to destroy democracy and silence the Opposition. When that is so, our party should be based on strong, committed, mass-based leaders.

So when are you going to start it? As of now you don’t even have a full-time president and only an interim president.

That’s why I want the party to not think about tomorrow but think about it today. Tomorrow may not be available to us. The assembly elections in seven states are approaching. Then in 2024, there are the Lok Sabha polls again. Right now we have to prepare ourselves. The Congress has the capability. It is not that Mr Narendra Modi is invincible. He can be defeated, provided we organize ourselves, make a major surgery and march forward under the leadership of Sonia Gandhi.

Do you want the interim president to take over the reins of the party once again?

Now there no time to deliberate on the interim president, and deliberate unnecessarily. She is our leader. There are committed leaders and committed workers. Even at the time of Nehru and Indira Gandhi, local leadership was built within the Congress.

But that takes you back to the same criticism, that if not Rahul, it is Sonia, if not Sonia it is Rahul. Will dynasty not become your weakness again?

Whether dynasty is weakness or strength, history will speak. I need not speak. People will judge by history. Party has been strengthened by the family of Nehru but, at the same time, they nurtured leaders like Narasimha Rao and Manmohan Singh and Lal Bahadur Shastri. That is also our history. People forget that these days while talking of dynasty issue.

So will you make secularism your campaign issue for elections?

Secularism is equivalent to nationalism in this country. It’s comprehensive. We cannot bring in chauvinist politics… people won’t appreciate that. You cannot divide the society, that is what was done by the British. The BJP is doing that … it’s dividing our society. Narendra Modi can be defeated, he is not invincible. That’s not a myth, it is a reality. This, I firmly believe.

But the party has to thoroughly look into the organization from state level, from the level of Pradesh Congress and district Congress and Block level… everywhere. The dynamics has to be injected at all levels. At the AICC level, president (chair) is not an open question. The question is, general secretaries made in-charge at regional and state levels, they must be committed, and mass-based and based on the attitude of the Congress party.

I’ve already given a formula… what should be the pattern, how we must proceed. I have already written to Sonia madam that she be taken seriously by the central leadership. I don’t think we should be timid. Those who want to run away, let them run away. They anyway will. We can’t hold on to them. They think there is opportunity with the BJP. You should think the opportunity is with the Congress. Then only Congress will be firmed up. 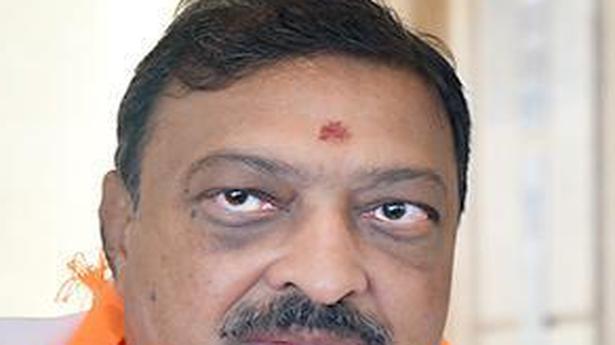 We are awaiting call from CM: BJP If Removing Me as PCC Chief Strengthens Congress, it Should Be Done: Sunil Jakhar