Mumbai Rains: The southwest monsoon has knocked in Mumbai and its surrounding areas. On the very first day, heavy rains inundated many places in the country’s financial capital and its suburbs, affecting normal life and disrupting road traffic as well as local train services. Meanwhile, the Indian Meteorological Department (IMD) has issued a red alert for Mumbai and neighboring Thane, Palghar and Raigad districts, warning of very heavy rain at some places. In view of the warning, NDRF teams have also been deployed at many places.

Four subways closed due to flooding

Due to heavy rains, various parts of Mumbai were flooded and due to this the traffic police had to close four subways. At the same time, many drivers were forced to leave their vehicles on the roads. Local train services were also disrupted, which were plying only for workers engaged in health and other essential services. Somnath Gharge, Deputy Commissioner of Police (Traffic), Western Suburban, said, “We have closed four subways due to water logging up to two feet at some places. However, traffic is smooth on SV Road, Linking Road and Western Express Highway.”

Appeal not to come out of homes unnecessarily

Due to heavy rains, visibility decreased and the risk of accidents has increased, the official said. Therefore, traffic policemen have been deployed on the roads to prevent such incidents. He said that cranes are being used to clear the vehicles stuck on the roads. Meanwhile, the police have appealed to the people of Mumbai not to come out of their homes unnecessarily. The suburban train services from Chhatrapati Shivaji Maharaj Terminus (CSMT) to Vashi in neighboring Thane and Navi Mumbai have been suspended due to water logging on the tracks, officials said.

The accumulated water should be removed at the earliest: Thackeray

Maharashtra Chief Minister Uddhav Thackeray has directed the administration to ensure that the water accumulated due to rains is removed at the earliest and transport system is restored. Apart from the control rooms in Mumbai, Thackeray interacted with the district magistrates of Thane, Raigad, Ratnagiri, Sindhudurg and Palghar. Normal life has been affected in many areas due to incessant rains.

The Chief Minister’s Office (CMO) said that the Meteorological Department has predicted moderate to very heavy rains in the next three days. The CMO said that the Chief Minister has asked the officials to ensure that the residents of the coastal area are not inconvenienced and relief operations are initiated where necessary.

New guideline issued for the treatment of corona infected children, Remdesivir should not be given, also avoid giving steroids

Amidst the heat, now the air of Delhi-NCR has reached the poor category, know what will be the situation in the next 24 hours

All vacant posts in prisons to be filled by July-end, State tells HC 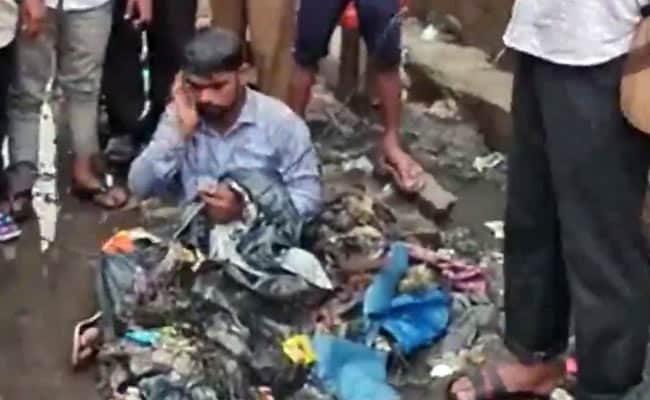 Days After Sena MLA Dumps Garbage On Him, Man Says Infected, Going Back To UP