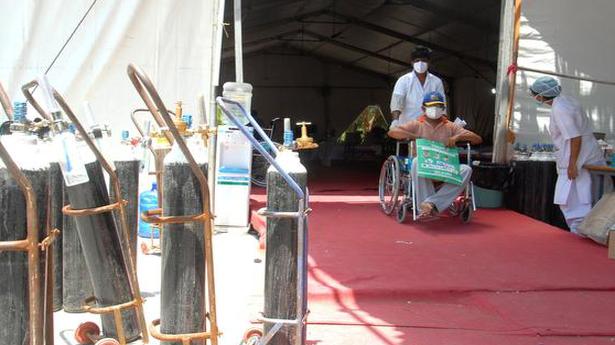 After being in the double digit for several days, COVID deaths came down to a single digit in south coastal Andhra Pradesh in the last 24 hours.

Five patients succumbed to the disease in the last 24 hours as against 12 patients the previous day. The toll was two short of 1,710 with three patients in Prakasam district and two others in SPSR Nellore district losing the battle against the virus.

Though the number of deaths came down, fresh cases rose by little over 300 in the region in the last 24 hours ending 9 am on Wednesday.

However, the number of recoveries continued to outnumber new infections by about 500 during the period. More than 1,500 patients recovered in the region, according to a health bulletin released by the State Government on Wednesday night.

The new infections had been on the decline during June. The region once again recorded 1,000-plus cases on a single day. With 1,102 persons, including 711 in Prakasam district testing positive, the overall cases tally inched closer to 2.35-lakh mark in the region.

Recovery rate improved to 90.41% with 858 patients in SPSR Nellore district and 708 patients in Prakasam district were cured of the disease during the period. More than 2.12 lakh patients recuperated in the region so far.

Speaking after accepting ventilators donated by West Pharma firm representatives as part of its corporate social responsibility(CSR), SPSR Nellore Collector KVN Chakradhar Babu said the recovery rate had improved vastly, thanks to the collective efforts of officials and health professionals.

Throwing open vaccination facility for women with children below five years from Wednesday, Mr. Babu wanted all eligible women to take the jab, as according to experts children might face the brunt in the event of any third wave of Coronavirus.

So far, 28% of the people in the district had been vaccinated, he said and exhorted vulnerable sections of people to take vaccine during their turn. It had been found that those who took two doses of vaccine recovered quickly in case they got infected, he explained. No let-up in COVID deaths in Nellore 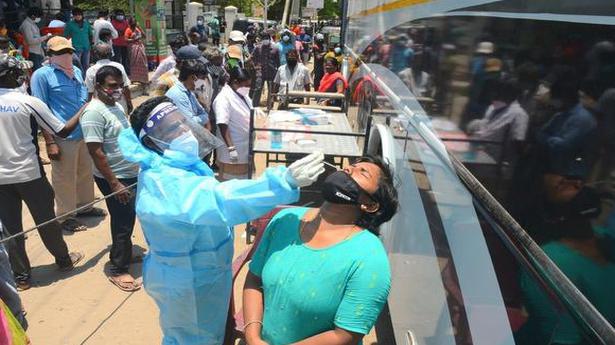