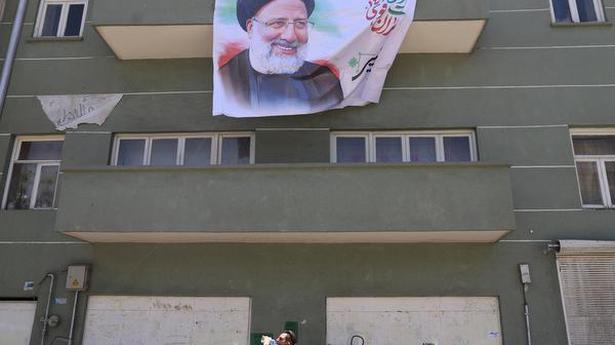 They saw it as a chance for the Islamic Republic to re-enter the world economy and create opportunities like purchasing airplanes and selling its oil on the international market.

Today, that dream has faded into a daily grinding nightmare of high inflation, an ever-weakening national currency and high unemployment worsened by the coronavirus pandemic.

The West considers Iran’s nuclear program and Mideast tensions as the most important issues facing Tehran, but those living in the Islamic Republic repeatedly point to the economy as the major issue facing it ahead of its June 18 presidential election.

Whoever takes the presidency after the relatively moderate President Hassan Rouhani will face the unenviable task of trying to reform Iran’s largely state-controlled economy. Efforts to privize it have seen corruption swirl as many lose their life savings and nationwide protests rage.

“One day they said the nuclear deal was accepted, everyone was happy, the dollar rate went down over one day,” said Mohammad Molaei, a 50-year-old commodities trader. “Then things start to happen. Missiles are fired. The nuclear deal is bust. One tears it apart, the other burns it. Only the people lose.” Iran’s economic freefall accelerated when then-President Donald Trump in 2018 unilaterally withdrew America from Tehran’s nuclear deal with world powers. That saw crushing sanctions target Iran, hurting its already ailing economy.

Perhaps nothing illustrates the crisis gripping Iran’s economy as well as the battering of its currency, the rial. In July 2015 amid those raucous nuclear deal celebrations, $1 bought some 32,000 rials. Today, $ 1 buys 238,000 rials.

The weakening of the rial has seen the value of the money Iranians hold in the bank collapse, as well as the decimation of retiree benefits. The price of milk has risen by 90 %, while the cost of imported foreign goods like mobile phones and electronics has skyrocketed.

Iranians able to exchange their reals for foreign currencies have bought precious metals like gold or invested in real estate. Those property purchases have fueled a spike in housing values, pricing people out of the market.

“In the past, buying a place to live in was a dream for the people,” said Mr. Salimi, a 48-year-old man who declined to give his first name in order to speak freely with Associated Press journalists in Tehran’s Grand Bazaar.

“But … unfortunately now renting a house has become a dream as well, because of the inefficiency of the officials, especially the president, who gave empty promises and deceived the people.” Mr. Salimi added: “Why is that? Are land, housing materials and workers under sanctions?” The Tehran stock exchange became another refuge sought by investors, which saw its value shoot up to 2 million points in August 2020 as the government encouraged the public to buy. But values ​​dropped by nearly half and now hover around 1.1 million points as some investors remain stuck with stocks they can’t sell.

“The biggest challenge for the next president is to restore trust and confidence to the stock market,” said Mahdi Samavati, a prominent economic analyst who runs his own investment firm.

“Restoring confidence to the market is very difficult. The people have been seeing their money melting away for nine to 10 months. The longer the crash takes, the longer it would take to fix things and bring back the trust.” It’s not immediately clear how the next Iranian president will handle the economy, particularly if hard-liners take over and if Tehran doesn’t reach an agreement on returning to the nuclear deal, which limits its atomic program and restores sanctions relief.

President Joe Biden says he’s willing for the US to return, but weeks of negotiations in Vienna have yet to see public progress.

Iranian leaders in the past have relied on populist programs, such as cash handouts and subsidized housing. Without the hard currency of oil sales, Iran likely would need to print more rials to fund those programs, which in turn would lower the rial’s value further. That would fuel Iran’s high inflation, making goods even more expensive.

“If the (next) government prints money to fulfill those promises, without a doubt we will have an unleashed growth in inflation,” Mr. Samavati said.

During the first televised presidential debate in Iran, former Central Bank chief Abdolnasser Hemmati warned that as an economist, he didn’t see a way to fund the “colourful and fascinating promises” of his rivals.

Mr. Hemmati, viewed as the sole surrogate for the outgoing Rouhani in the election, came under withering criticism from much of the field. The exception was hard-line judiciary chief Ebrahim Raisi, the presumed front-runner, who sought to appear above the fray. 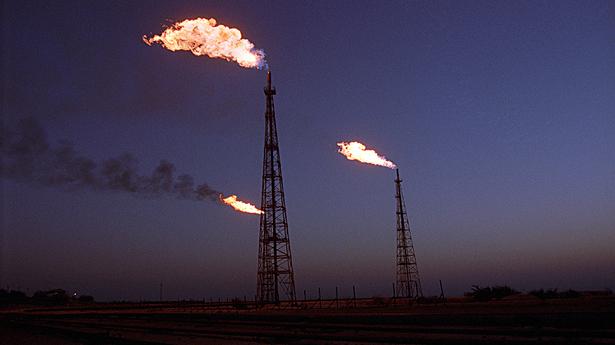