England duo under probe; Anderson asked to explain old homophobic post
The ghosts of forgotten social media indiscretions returned to haunt England cricket with white-ball captain Eoin Morgan and senior player Jos Buttler facing investigation for “historical tweets” allegedly mocking Indians.
Both cricketers are big Indian Premier League (IPL) draws, with Morgan also captaining the Kolkata Knight Riders. Buttler, the current England vice-captain, plays for Rajasthan Royals. The posts date back to 2017 and 2018.
The unsavoury development comes in the immediate wake of the England and Wales Cricket Board’s (ECB) controversial decision to suspend another England cricketer, Ollie Robinson, from international cricket for racist tweets dating back to 2012 and 2013. The suspension cleaved public opinion and stirred a nationwide debate, with British PM Boris Johnson and culture secretary Oliver Dowden terming it “over the top”.
According to a report in telegraph.co.uk, screenshots have been doing the rounds of a message from Buttler in which he says, “I always reply sir no1 (sic) else like me like you like me.” Morgan separately included Buttler in a message which read, “Sir you’re my favorite batsman.”
TimesView

Racism of any form, including innuendos, needs to be discouraged. Having taken stringent measures against Ollie Robinson, it remains to be seen how the ECB reacts to these posts from the two star cricketers.

Although doubts remain over the precise context of these tweets, some of which have since been deleted, they caused an ugly uproar on social media, ostensibly because both cricketers were established England players at the time. The ECB, which has cracked down on players’ social media use following the Robinson incident, has promised “relevant and appropriate” action and will “separately” investigate Morgan and Buttler’s tweets.
Another established England cricketer and one of the greats of the modern game, fast bowler James Anderson, was also dragged into controversy when a tweet re-emerged from 2010 containing a homophobic reference during a conversation with Stuart Broad. “I saw Broady’s new haircut for the first time today. Not sure about it. Thought he looked like a 15 yr old lesbian!” he had written.

Asked to clarify, Anderson explained, “For me it’s 10-11 years ago, I’ve certainly changed as a person. And I think that’s the difficulty, things do change, you do make mistakes.” Anderson, who is set to play his 162nd Test next week which will make him the most-capped England player, suggested there was a lot of anxiety in the England squad over what could resurface next, and who would be targeted.
An ECB spokesperson was also quoted as saying they were looking into at least one other case. “Since we were alerted to offensive tweets last week, a number of historical social media posts by other individuals have been questioned publicly as well. There is no place for discrimination in our sport, and we are committed to taking relevant and appropriate action.

“Given the concerns which have been raised are clearly now broader than a single case, the ECB board will discuss how we deal with issues over historical social media material in a timely and appropriate manner. Each case will be considered on an individual basis, looking at all the facts.”
The report also suggested the ECB is considering an “amnesty” scheme in which it will “offer the players some protection if they come forward now with anything they have said or done in the past that might be deemed offensive now”. ECB is also considering hiring an “external company” to vet the tweets and social media messages of all England players.
The ECB is eager to tread cautiously after its decision to suspend Robinson attracted political attention and raised moral and ethical questions on the issue of individuals being taken to task for past misdemeanours on social media.
West Indies legend Michael Holding, who has been vocal against racism, also took a sympathetic view on the Robinson issue, telling Sky Sports, “(It was) eight, nine years ago. Can the ECB then find out please, if beyond that time, Robinson has kept on behaving like that, saying things like that, tweeting things like that?”
It remains to be seen if Buttler and Morgan’s fans in India, and their IPL franchise owners, will adopt a similar, forgiving approach. 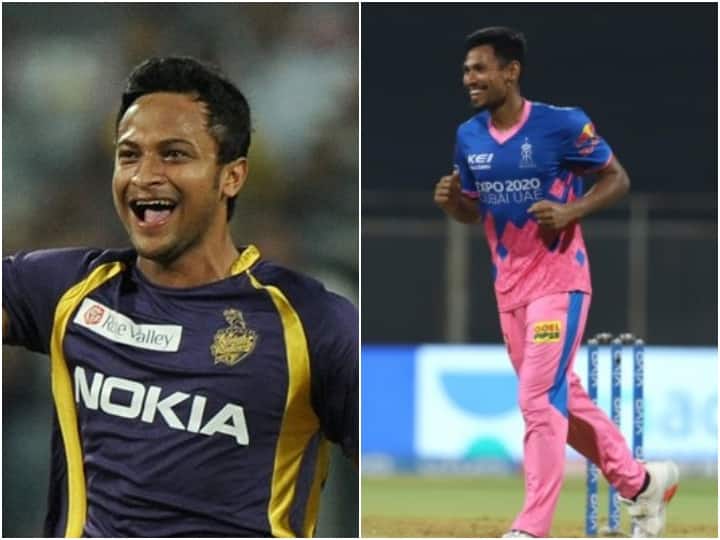 Shakib Al Hasan and Mustafizur Rahman will not play in the remaining 31 matches of IPL 2021, BCB refuses to give NOC

Covid-19: G7 to provide 1 billion vaccine doses to ‘to the world’ – Times of India England Players Will Have Little Appetite for Rescheduled IPL: Atherton