The Telangana High Court will see one of the biggest hikes in judicial strength across the country in a long time after Chief Justice of India NV Ramana took up with the Prime Minister and the Union Law Minister the High Court’s two-year-long pending request for more judges to tackle an alarming increase in its case pendency.

The High Court will witness a 75% increase in its sanctioned Bench strength with immediate effect. This would take the number of judges in the High Court from 24 to 42. The High Court’s request for more judges had been lying with the Center since February 2019 even as its case backlog climbed to 2.37 lakh.

The proposal for a hike in the sanctioned Bench strength was first sent to the Union Law Minister by the then Chief Justice of the High Court in 2019. Though the request was endorsed by the Chief Minister and the Governor, the Center chose to keep it “ in abayance”.

The issue had remained dormant until CJI Ramana, along with other concerns of the judiciary, took it up with the Prime Minister and the Law Minister soon after assuming office as top judge in April. They had both, in turn, agreed to “get the matters examined expeditiously”.

However, this assurance did not stop the CJI from writing to the Law Minister on May 27 about the High Court’s still unresolved request. Chief Justice Ramana observed that the High Court’s request was reasonable and fully endorsed by the Telangana Chief Minister. Merely filling up vacancies in the High Court would not resolve the issue of pendency. The High Court desperately needed more judges for faster delivery of justice. The request has been pending for over two years. The CJI also affirmed that the necessary infrastructure was already in place to accommodate 42 judges in the Telangana High Court.

The Law Ministry responded this time by swinging into action, concurring with the CJI to enhance the sanctioned Bench strength in the High Court. The Ministry conveyed its decision to the CJI on June 7. The CJI has given his requisite final approval to the proposed hike on June 8. The path is clear for the Ministry to notify the hike. 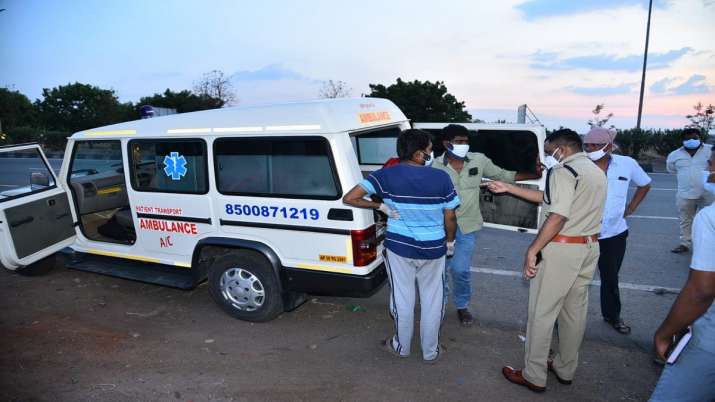 Patients from other states can’t be stopped at border: Telangana HC